Uncle Mac of The Greatest Generation

When I was a kid my dad had a best friend from his early days as a CPA, Lamont G. Mac Donald, or as I knew him "Uncle Mac". My dad and Uncle Mac were both returning from WWII and went to college on the GI Bill to get accounting degrees. My dad served in the Navy as an Ensign on an LST in the Pacific. You can see more about my dad in an earlier blog post. Uncle Mac was a Captain the Army in Europe. 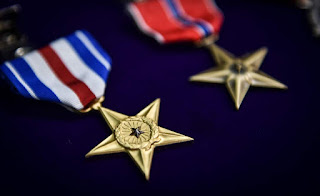 This is the story of Uncle Mac. I never knew about any of this until Uncle Mac died at the age of 86 and we went to his funeral at San Joaquin National Cemetery in Santa Nella, when a man I had known for 50 years ended up being exposed as the greatest hero I have ever known.

Let me apologize for not having any photos of Uncle Mac. I probably have some in storage somewhere. So the photos attached are for example, not actually him. Also, I only have my fading memory to recall the citation which was read at Uncle Mac's funeral as to the events that lead to his Silver Star for valor and Purple Heart for injuries sustained. I have requested his service record from the National Archives, but not sure what I will get. 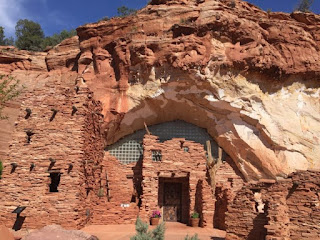 Lamont G. MacDonald "Mac" was born on June 23, 1921, in Kanab, Utah near St George. He was raised by his father Graham and mother Emily in a Mormon family on his family ranch, which stayed in their family through his passing. He had 5 brothers and 3 sisters. I don't know much about his family.

There was an interesting reference to him working in the suppers as a grocery clerk and a chauffer for movie executives filming in Kanab before joining the army. He went to Kanab High School and to BAC College for three years. There is also mention that he went on a 2 year mission to Texas for the Mormon church.

He enlisted in the Army in June 1942. He went to Camp Callan near San Diego for basic training, and then to Camp Davis North Carolina for Officer Specialist School, and finally Camp Benning GA for Infantry training. He was first assigned to the Coast Artillery and then after Infantry School transferred to the 289th Infantry Regiment, 75th Division. He was assigned a platoon as their 2nd Lieutenant. 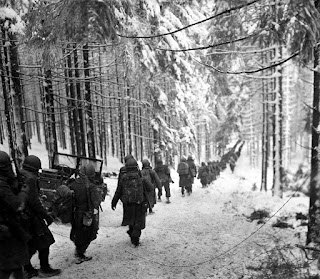 In June 1944 he and his unit flew to England, moved down to Wales, then sailed across the English Channel to land in Le Havre France, only to march up to Belgium where they were to start their combat with the Germans as "Green Soldiers". They had little experience.

It was now December and the 289th was part of an offensive with the Germans that was scheduled to happen on Christmas Eve.

And this time line shows the overall view of the events leading up to that night.

Battle of the Bulge Timeline

On Christmas Day, Company K, 290th, of which Uncle Mac's Platoon was a part, supported on the flanks by Cos. I and L, made a direct assault on a high hill controlling the approach to Hampteau. 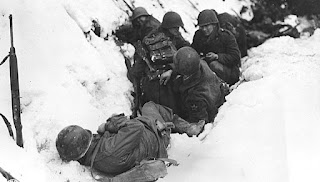 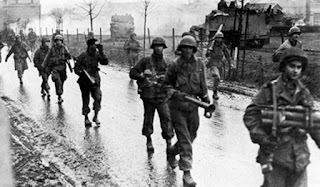 From his Silver Star citation which was read at his funeral: "There was a German machine gun nest dug in on top of the hill. Two soldiers from Captain (later awarded) Mac Donald's platoon, were assigned to storm the position and overtake it using grenades, while supported by cover fire from the rest of the platoon. The two soldiers were both wounded and fell to the ground. Also several of the platoon had been injured or killed.

Captain Mac Donald first crawled on his belly out of his trench, to the wounded soldiers and dragged them back to safety, then he returned to crawl up to the German machine gun position by himself, throwing a grenade into it, and then charging into the bunker, killing all of the machine gun crew in hand to hand combat. During this assault he sustained significant injuries." 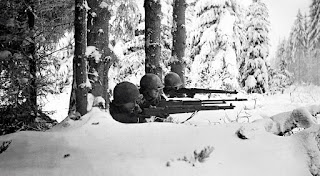 I don't know what his injuries were, but he received a Purple Heart for them.

Although pinned down by withering machine gun and mortar fire, these units seized enemy positions, thus ending the threat to Hotton. The high water mark of the German drive on Liege had been reached.

For his valor in combat he received the Silver Star. The third highest honor a soldier can receive for actions in combat. He saved the lives of two of the soldiers under his command. He eliminated a German stronghold single handedly, and he enabled the US Army to win the battle, ultimately leading to the defeat of German, and the liberation of Europe. 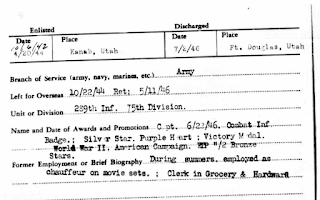 The Uncle Mac I Knew

After the war, Uncle Mac graduated from Utah State University and Golden Gate College. He went to work for LH Penny, a CPA firm where he met my dad. My dad and Uncle Mac worked together for many years and became very close friends. They both married and adopted families. My two sisters and I would travel with my parents from our home in the Bay Area to their home in Fresno often. And we went on vacations together to Blue Lakes, Donner Lake, and once to Hawaii.

For many years Uncle Mac managed the Cadillac-Olds dealership in Fresno, later opening his own auto leasing business. In the automobile business, he was well known for his honesty and integrity. 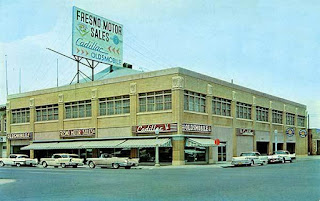 Uncle Mac always was a great husband and father. Once he was hand excavating a swimming pool in their new home. He dug out a set of trenches, covered them with plywood and dirt, and made an underground fort for us to play in, before ultimately digging the rest of the pool hole out. He was that kind of a father.

His wife, Bettie (Elisabeth) was an author who did very well in her own right. You can find her books on Amazon, well reviewed and still available. 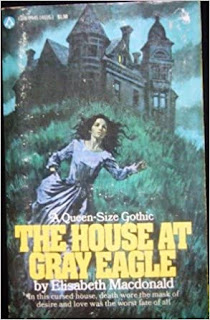 Bettie and Mac's two children Brian and Karen were a great childhood friends. Sadly Brian ended his life in a very sad way before either of his parents passed.

In all the 50 years I knew him, I never once heard Uncle Mac talk about the war, his role in the most decisive battle in Europe, his injuries, or his Silver Star. The greatest generation never talked about their valor, or their trauma, they just stoically endured.

I miss Uncle Mac, Brian, Karen, Aunt Bettie and the golden days of childhood that they provided to me, along with my parents. A childhood of freedom and enjoyment secured by my Uncle Mac, a great American hero!