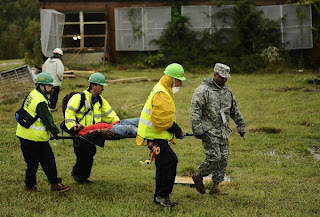 Last week I was invited to participate in Exercise Capital Shield 2011 (Cap Shield), an interagency emergency management exercise conducted in the Washington DC area. The exercise brought together over 80 local, state and federal healthcare providers and emergency response agencies from throughout the National Capital Region (NCR). Cap Shield simulated large-scale disasters across multiple sites and involved the coordination of multiple jurisdictions. From patient extraction and triage at remote sites, through transportation and ultimate delivery to destination hospitals, the exercise tested the readiness for real, large scale disaster response. 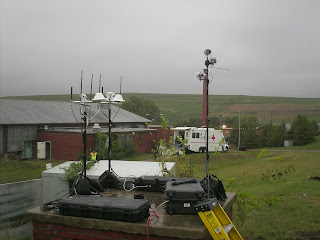 To assist in the management of the exercise, the National Capital Region Medical-Joint Task Force (JTF-CapMed) in conjunction with Walter Reed Army Medical Center and other hospitals within the area enlisted the help of Global Emergency Resources, LLC. (GER) to provide end-to-end patient tracking and situational awareness to all participants. To achieve the exercise mission, GER provided their industry leading HC Standard® patient tracking software and a complete wireless communications infrastructure. The GER solution delivered real time patient tracking data and live video between remote sites, and along the entire route, to the hospitals. 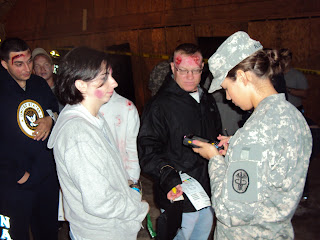 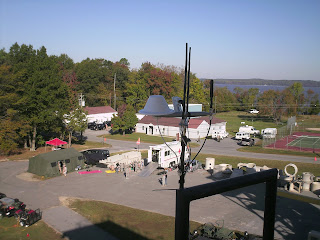 Hospitals and Emergency Operations Centers can easily view and report on patient data in real time using intuitive, highly flexible browser based tools which can run on virtually any computer to access up to the minute patient statistics including color images, audio, and video from the incident scene. All data is provided to health care and emergency management personnel in order to allow for rapid assessment of the incident and proper allocation of critical resources. This information is stored and can be reviewed for after action reporting at any time in the future.
What was really cool was how easily everything ran. In less than 10 minutes we had every EWRAP set up with full mesh coverage and streaming video running. Even in the pouring rain, our system worked great. We did have to put plastic bags over the cameras we used, as they were not outdoor rated.

There were only two hiccups that we had during the two days of exercises:
The first was that we forgot to open the vent on the gas tank on a generator and the system stopped shortly after start up. Lesson learned...check everything three times.
The second was one EWRAP that kept having video drop due to bandwidth issues. This issue was weird, since we could see no obvious issues and we spent some time trying to figure out what was going on. What we found out was that apparently one of the military communication truck that was near by was using our open 802.11 connection to download video of the exercise because their satellite connection was too slow. We were surprised and pleased to see that a low cost EWRAP provided better communications than a very expensive comm truck on the same remote site.

We are really excited about the results of this event and expect upcoming events to go even better.
Posted by Bob Ehlers at 12:50 PM